All of Alty's 2004-05 league fixtures are here. All of the Conference North fixtures for all teams are on the Conference's new, embryonic website, arranged by date. 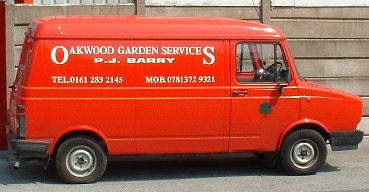 The pitch at Moss Lane continues to be prepared for the new season after its levelling and re-seeding this summer. Groundsman Peter Barry has cut the grass three times in the last week and will continue to cut it on a daily basis next week, a measure which apparently helps to prevent divots being pulled out of the turf. Also next week an "Earthquaker", a large-pronged machine, will be used to 'shock' the pitch surface and break up the soil over the drains.

NL Daily confirms that "Worcester City made their second summer signing when they signed the prolific goalscorer Christian Moore, following the sad demise of neighbours Telford United. Moore, who follows the first summer signing Rob Warner from Tamworth into St George’s Lane, joined Telford for a club record £20,000 from Burton Albion in September 2003".

The same source says that "Moor Green have pulled off their third summer signing so far with the acquisition of midfielder Darren Middleton from rivals Worcester City. The former Aston Villa and Wolves attacking midfielder, who played for Stafford Rangers and Forest Green Rovers before joining Worcester in August 2001, was transfer-listed by the St George’s Lane outfit during last season. Middleton follows Matty Hall and Richard Follett as Moors’ boss Bob Faulkner’s new recruits thus far"

Alfreton Town "have received a massive boost with the award of over £45,000 from the Football Stadia Improvement Fund towards new floodlights at North Street. Chairman Wayne Bradley said: 'The new lights will take us to levels beyond where we are at now in terms of both performance and quality'... Work on the installation will begin on July 12th".

Worksop Town "manager Ronnie Glavin made his first signing of the new campaign when [he] acquired the services of former Barnsley professional James Dudgeon on a signed contract. 23 year-old Dudgeon is a central defender whose last registered club was Halifax Town".

Harrogate Town "have confirmed that Shaun Garnett and Paul Pettinger have joined the club. The experienced Garnett joins as player/coach.... He started his career as a trainee at Tranmere Rovers in 1988 before moving to Swansea for £200,000 in March 1996. Just six months later he transferred to Oldham Athletic for £150,000 where he made over 165 league appearances. The 34-year old centre back moved to Halifax Town in May 2003, before finishing last season at Morecambe. Pettinger joins Harrogate Town from Hucknall Town. The 28-year old 'keeper started his career with Leeds United". Manager John Reed said, "Paul Pettinger was the best goalkeeper in the UniBond Premier by a mile last year".

The Conference has already made a change to the fixtures issued this morning - we now play Hucknall at home on 27 November and not 6 November, when we are otherwise engaged in the FA Trophy. The full Altrincham league fixtures are here.

The NW Evening Mail says that manager "Lee Turnbull has made offers to two more experienced players as he looks to build Barrow's squad ahead of the coming season. Turnbull has approached midfielders Jamie Paterson and Ian Kilford in an attempt to bring the pair to Holker Street. Former Doncaster Rovers and Halifax Town man Paterson, a 31-year-old predominantly left-sided midfielder, and Kilford, another 30-year-old released by Scunthorpe at the end of last season, would provide a welcome boost to Turnbull's squad".

Kettering Town report that "manager Kevin Wilson was today hopeful of bringing Derek Brown, the former St Albans centre-back and captain to Rockingham Road... Wilson said, "Derek is a solid centre-back who I have always admired... I am hoping to complete the deal within the next few days".